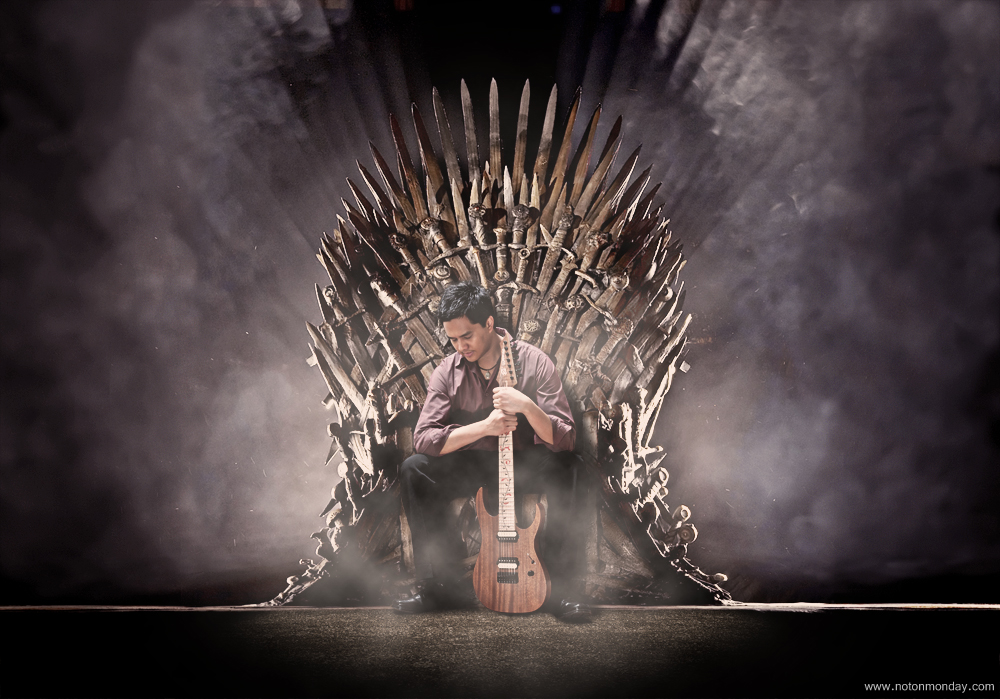 Bear with me, sorry if this is a bit of a long story.  But this is my very first 7 string guitar.  Also my first custom…many firsts with this guitar.

Here goes.  Near the start of the year I came across Keith Merrow’s Youtube channel, and then Ola Englund’s.  For some reason I had never heard people play guitar this way before.  I’ve been playing guitar for 25 years, but had never heard any songs played in drop Bb on a 7, ever.  Yep, I probably was living in a little bubble.

It wasn’t until I had heard riffs and songs by these guys that I just had to get a 7 string.  I wanted to learn their songs.  I normally play Dream Theater/Vai/Metallica/Led Zep’esque style music (and write accordingly).  The stuff I was hearing from Merrow was like a new candy that I’d never tasted before.

Anyway, it was at this stage that I started looking for a 7.  I had 3 Ibanez’s already, so I started looking there.  But I’m a fixed bridge kinda guy (now) that hates boring colours and rosewood.  So I found nothing there. Then I remembered a local luthier who I had ordered stuff from before.  Only custom parts, but never a full guitar.  I was shocked to see that he was producing actual guitars.  Two caught my eye.  The Katana, and the Tomahawk FX7.

Being on a budget I shot Ernie an email, and was surprised that he remembered me!  It would’ve been 4 years ago that I last made contact with him.  Immediately we got to talking, and before long I had ordered a custom guitar.  My first. 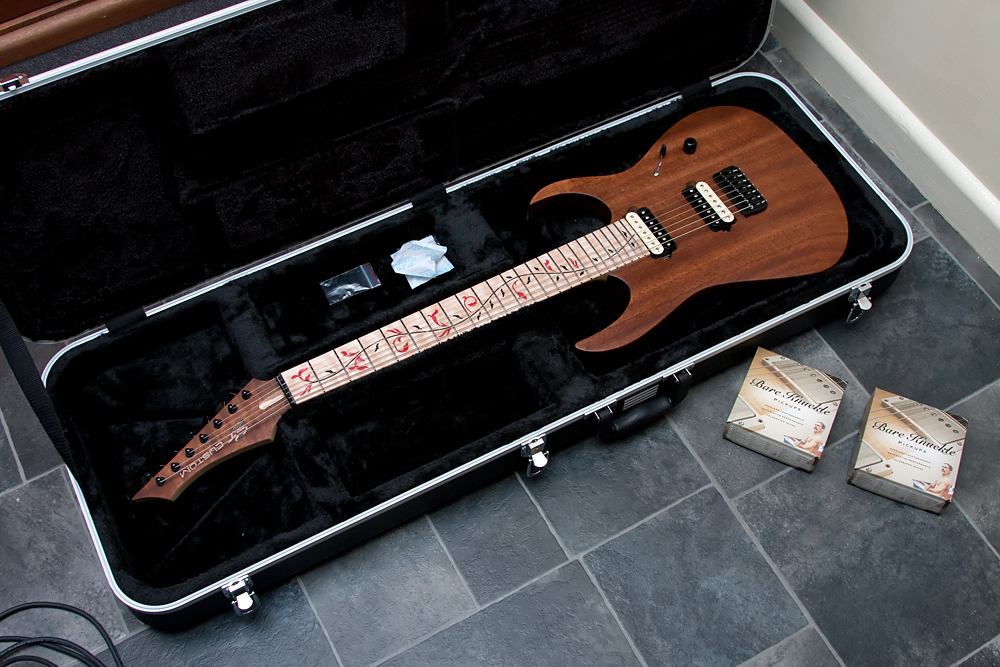 A custom 7 string built by Ernie Taylor based on the ET Guitars FX7, but modified to my tastes.

There were a few things that lead me to my choice in style.  The first being familiarity with RG guitars.  The second being a desire for a quilted maple fretboard (never owned one before).  The third being a want for a fancy inlay.  The fourth, most important, I didn’t really want to wait.  Painted and quilted finishes add to the wait time.  I wanted my 7 now.  That said, I still had to wait, LOL!

I also originally ordered an extended scale 27″ neck.  But then I chickened out.  I still want to play some Dream Theater stuff on this, and that 27″ makes me think I probably might not be able to make some of the stretches in the acoustic parts.  So this one is a 25.5″ scale.  Maybe I’ll go extended next time. 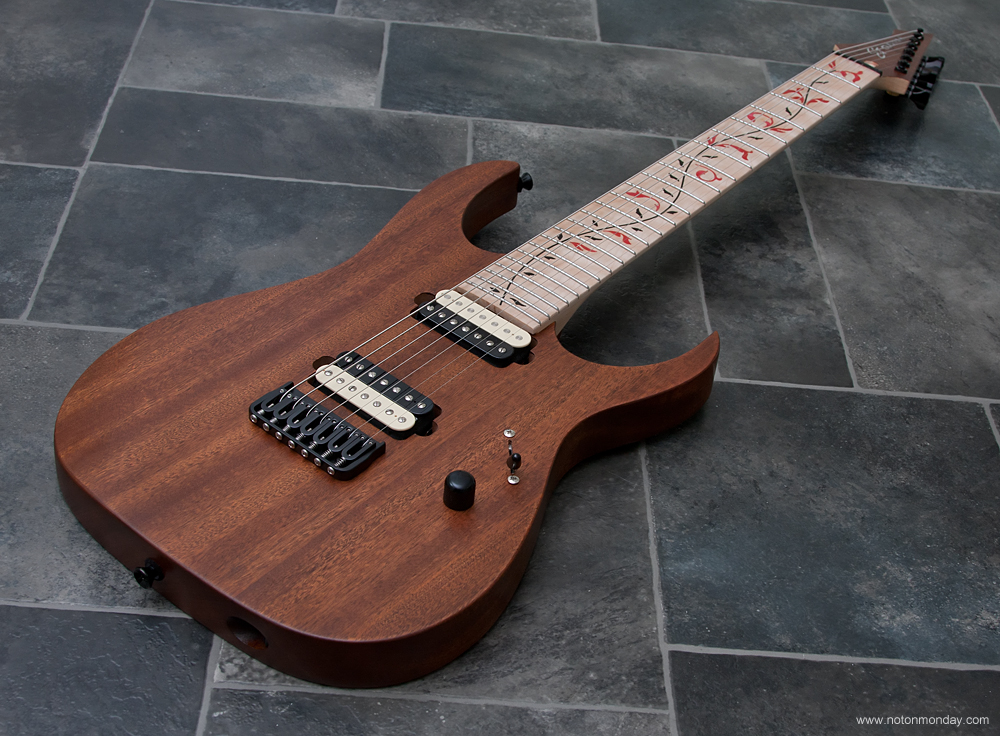 Now that I have this guitar, and I met the man himself, I plan on putting together another design, and having him build that.  Ernie ROCKS :hbang:.  I’m in love with this guitar. 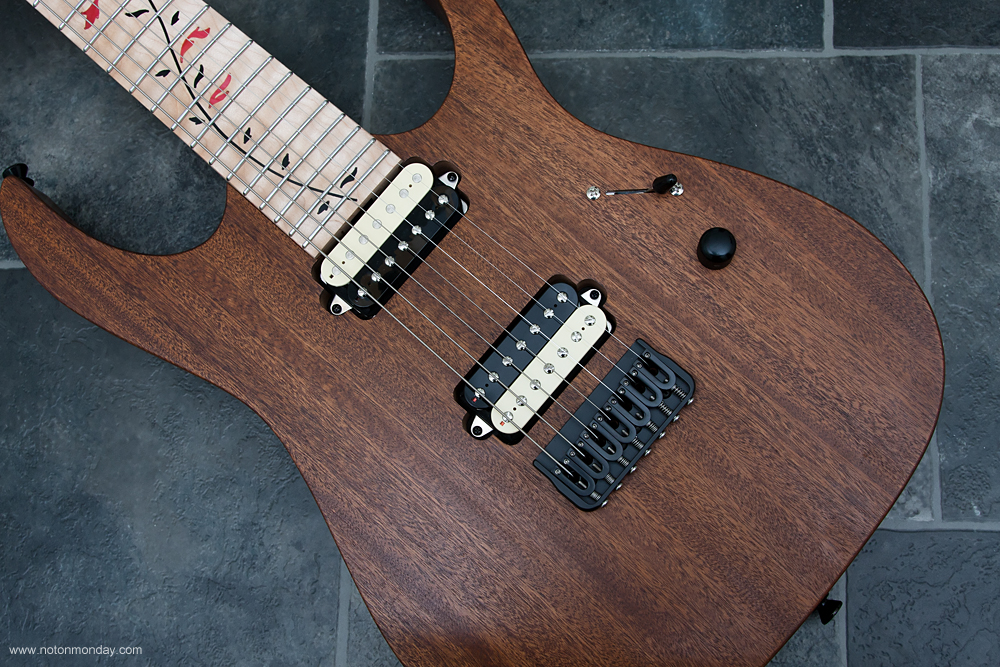 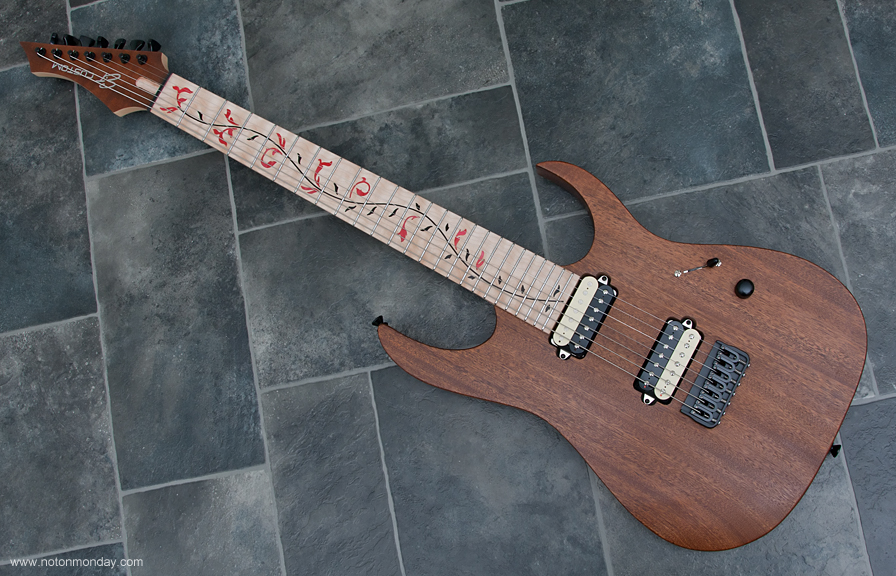 Oh, how’s it play?  So nicely.  I’m still in that honey moon phase.  But boy was I shocked with the neck profile!  The transition from an Ibanez JEM neck (like those found on an FP) to this is little to nothing.  It feels like a 6.  It actually feels thinner than a Universe neck too.  The fret work is sooo nice.  So slippery.  I’m so happy right now! 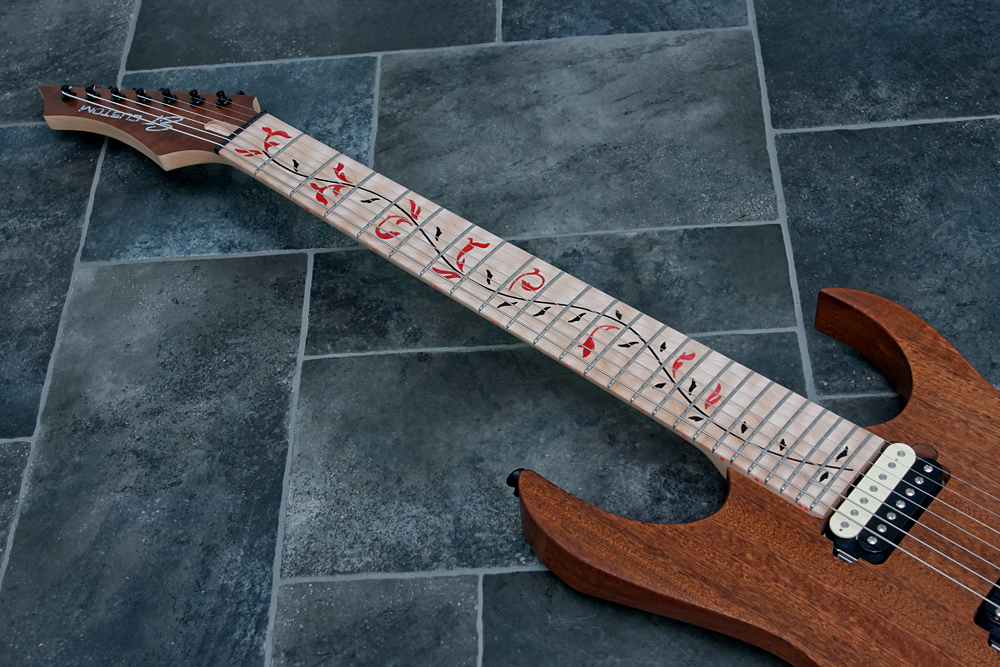 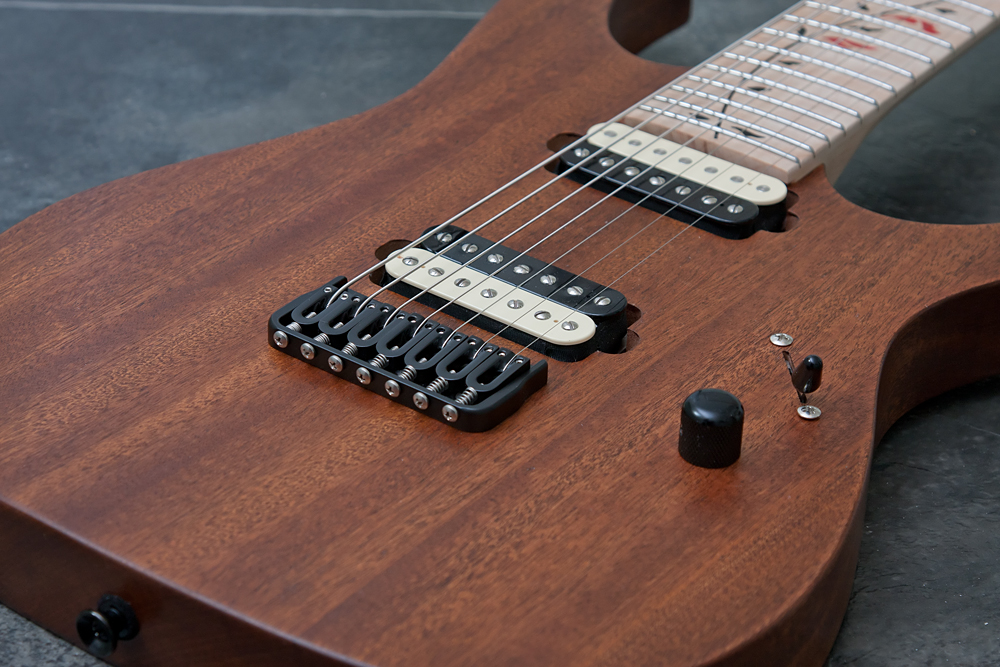 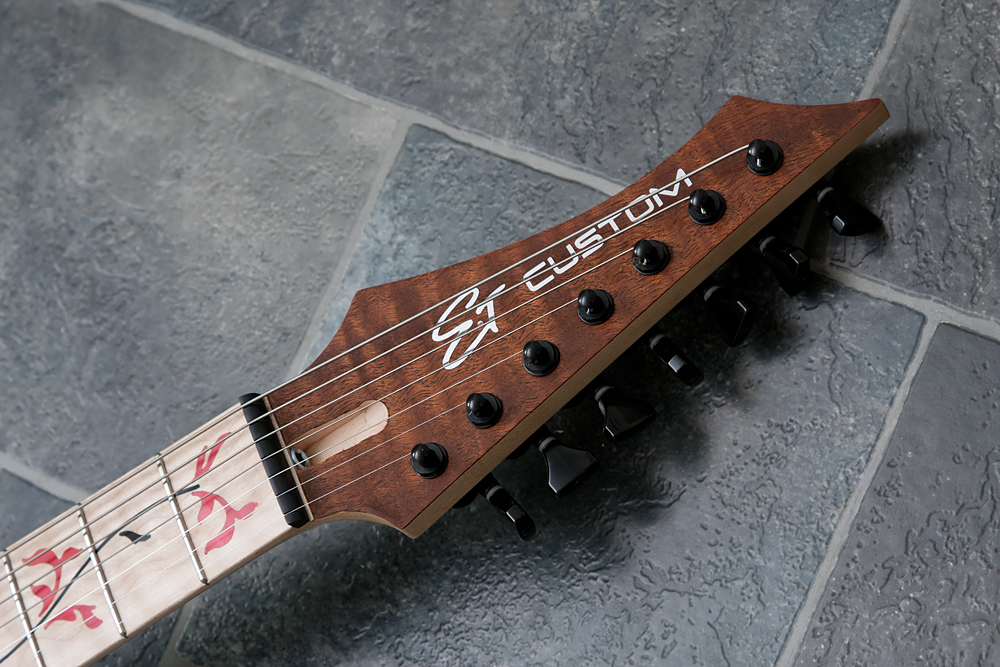 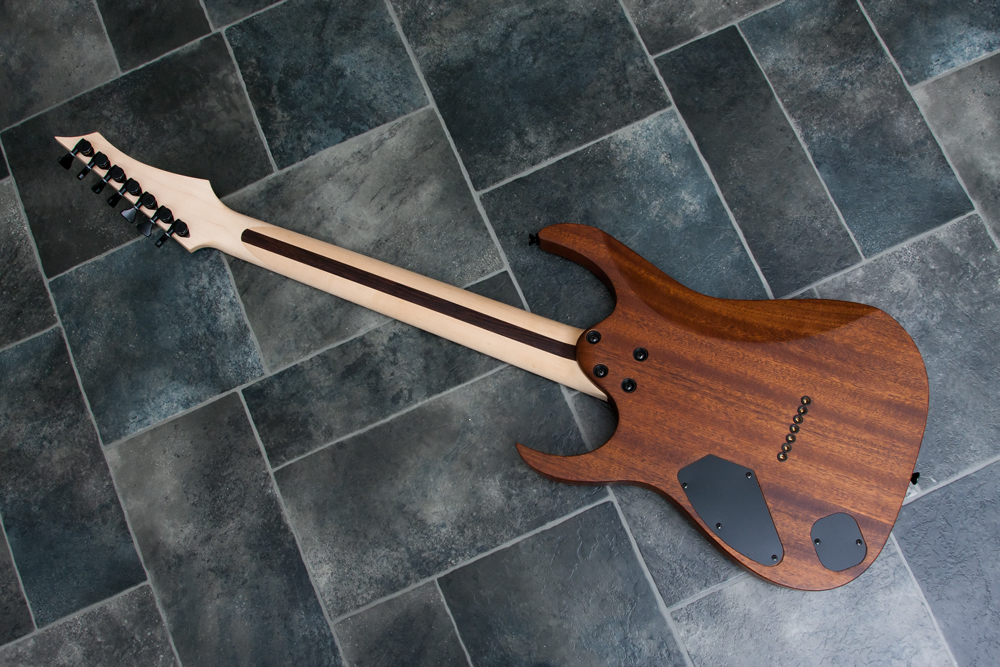 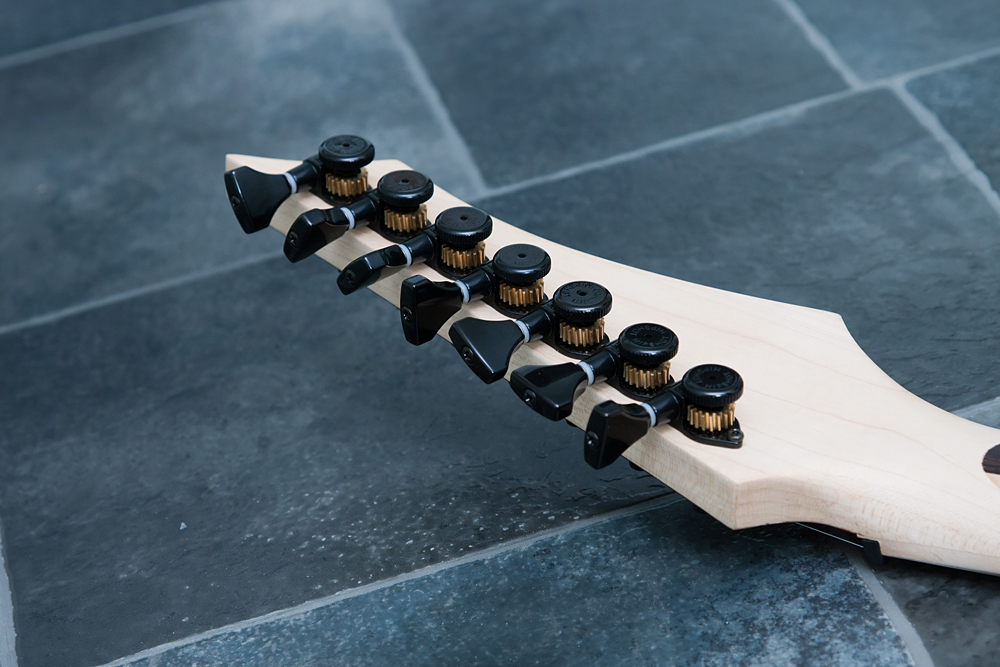 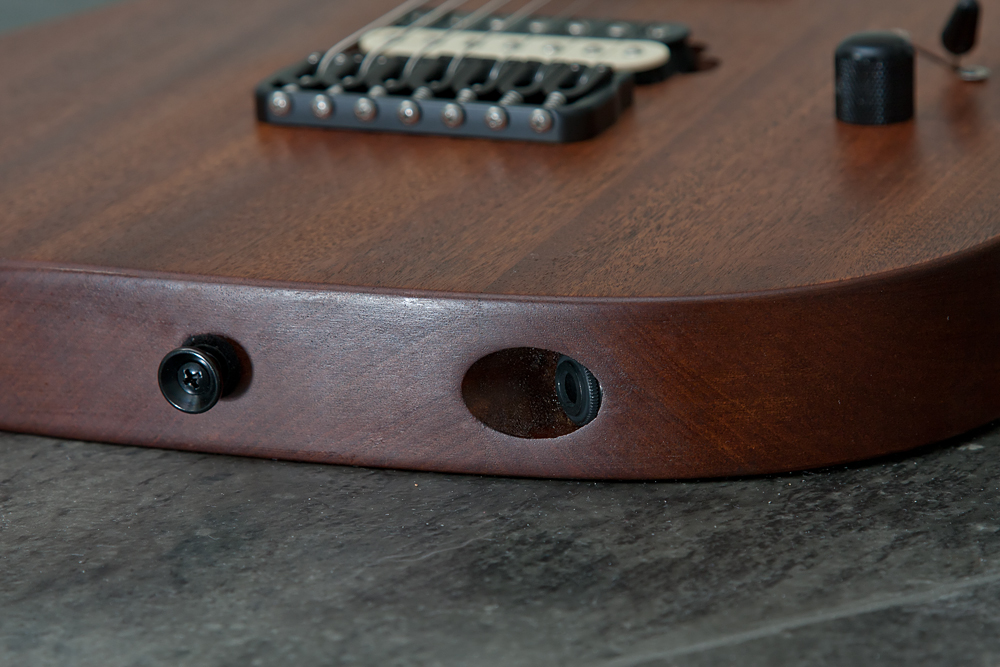 One thing I do want to try is flipping the pickups (spinning them around).  The guitar sounds so bright atm.

Anyway, I’m going to go back to playing.  I’ve had about 5 hours sleep since getting home and plugging the guitar in.  I even learnt Pillars Of Creation! haha.  Vids later.  Thanks for looking!

Felt silly, so I recorded me playing the Happy Birthday song over some African tribal drum beats